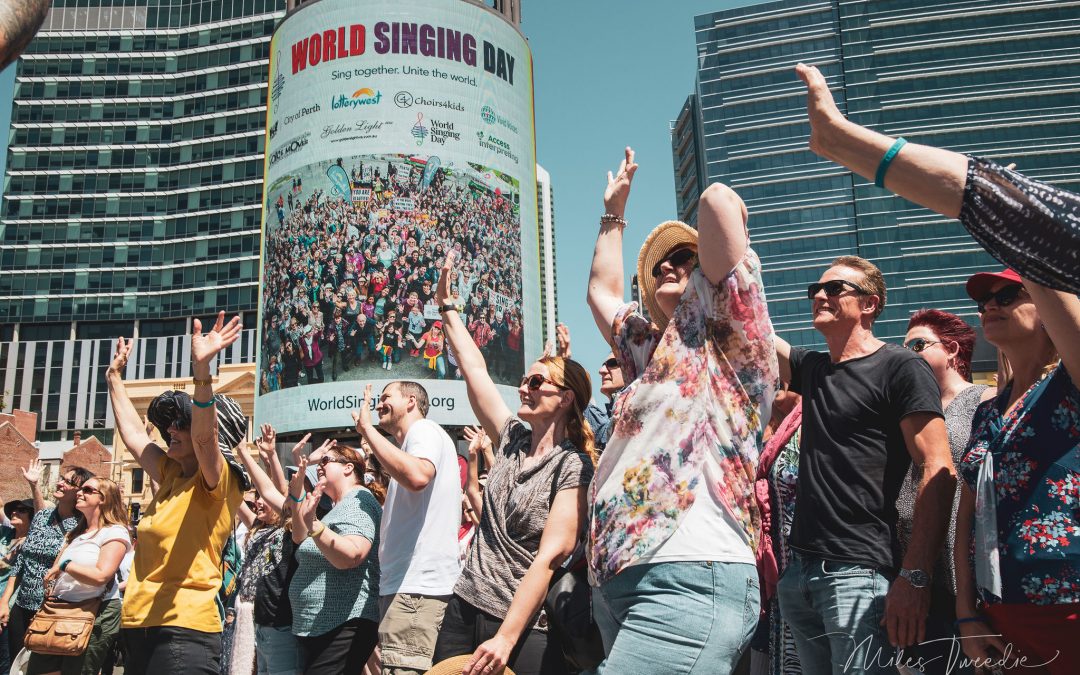 Ever since I started writing songs as a teenager, music has always been my way of getting in touch with that joyful part of myself. In a way, World Singing Day is an extension of that desire that we all have to connect with the joyful part of ourselves, and to each other. And given the state of the world these days, I think we’re all longing to experience more joy in our lives.

A lot of the music I write has universal, life affirming messages, from themes like creating one’s own unique path in life, to celebrating life’s passages, from birth to death. And World Singing Day is really a universal celebration of what we all share as human beings, expressed through the international language of music.

I first had the idea in 2011 of starting some sort of day of singing, which quickly evolved into a global singing celebration, where everyone around the world – not just experienced singers and musicians – would be invited to participate. 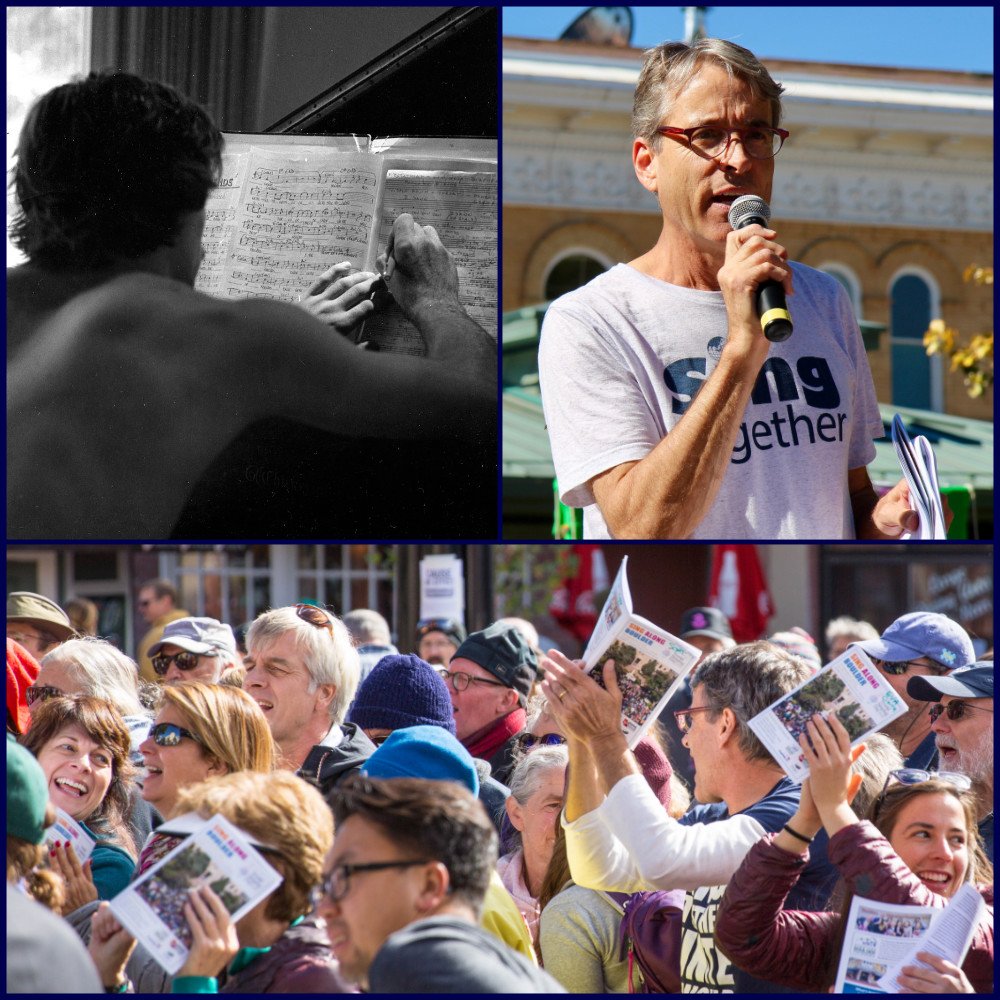 TV shows like The Voice are fun to watch, but these singing competitions shine a spotlight on only the most gifted, talented singers in the world. It’s easy to feel self-conscious about your own singing compared to these singers. We’ve gotten so far removed from the social cohesion that was created by our ancient ancestors who used to sing together around the fire.

So I wanted to create a safe and welcoming experience that was fun and joyful, to build a sense of community in cities around the world, using something most everyone can do. Like singing.

My vision for World Singing Day is to have millions of people in countries around the globe gather in their communities each year and sing together – and to experience joy that so many of us long for. 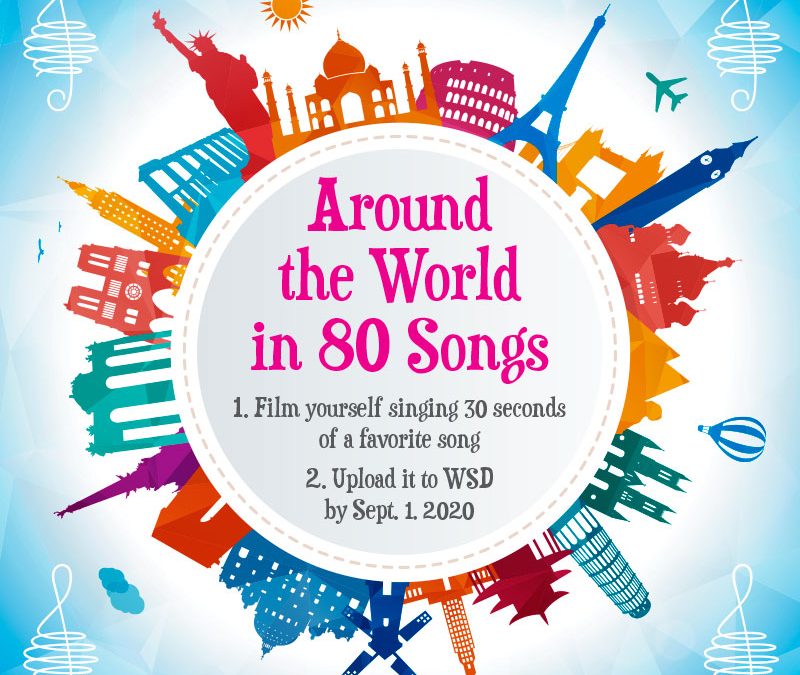 Singing has not been cancelled!

We’re not letting a global pandemic stop us from singing on (and before) World Singing Day.

Here are links to several things you and your family and friends can do on, or before, World Singing Day (Oct. 17, 2020):

1. Around the World in 80 Songs video project

3. Sing It Forward
Share short videos on social media and tag friends, challenging them to do the same and “sing it forward” on WSD.

4. WSD Song of the Year videos 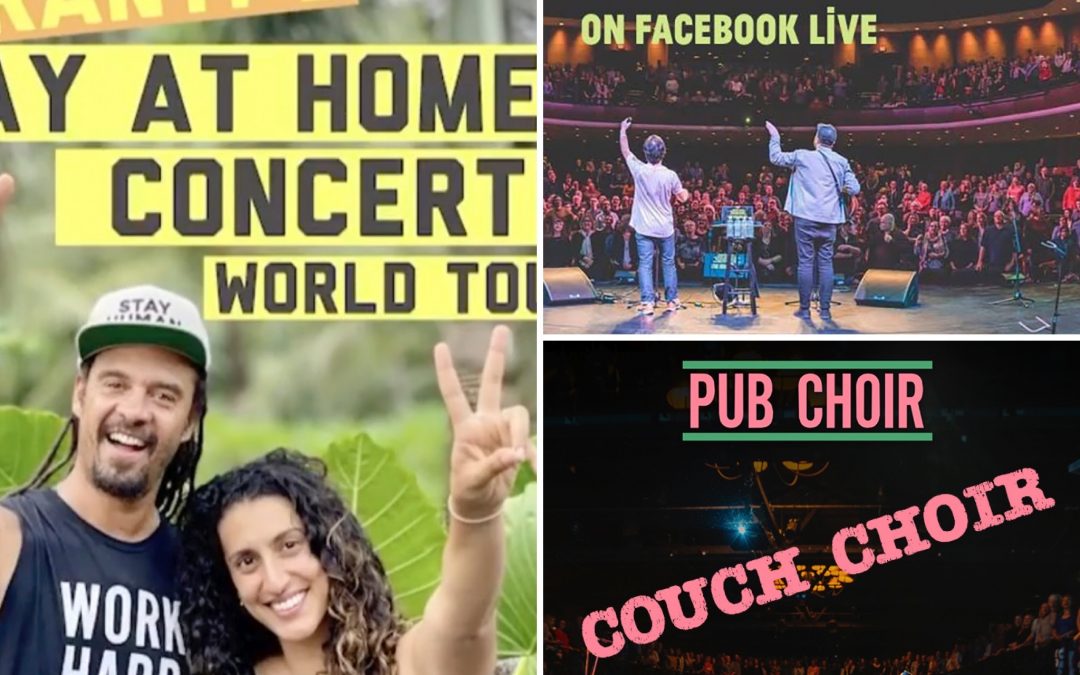 Confined to your home during the Covid-19 quarantine?

Don’t let that stop you from singing with others.

You’ve probably seen videos of people standing on their balconies singing together in Italy. This simple act of singing together can unite us as we face uncertainty during this challenging time.

Here are a few places online for you to stay safe and keep singing together.

Heard about another place to sing together on-line? Email us at music@worldsingingday.org 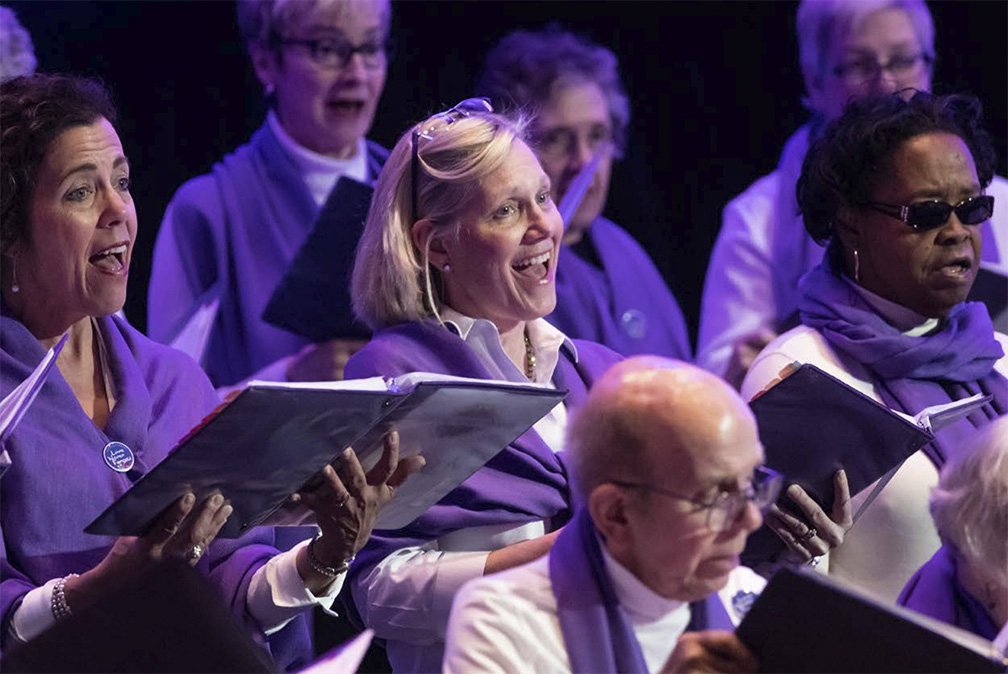 Chorus Impact Study – Yes, singing is good for you!

Chorus America’s 2019 Chorus Impact Study sheds new light on the impact choral singing has on individuals and communities—especially singers ages 65 and up.

Singing in a chorus has a powerfully positive impact on people across generations, as well as on the communities in which they live, a new Chorus America study reveals. The 2019 Chorus Impact Study: Singing for a Lifetime, released in June, builds on previous Chorus Impact Study data about choral singers, and, for the first time, looks in-depth at the role that singing plays in the lives of older adults.

The new research shows that choral singing in America is stronger than ever, with more than 54 million Americans singing in choruses. The percentage of Americans singing has also risen over the past decade, from 14 percent in 2008 to 17 percent today. And people who sing show a real dedication and commitment to their art, with 98 percent rehearsing at least once a week, and almost half reporting that they sing in more than one group.

These numbers are good news, because choruses play an important role in individuals’ lives and in our society. As in 2003 and 2008, the research finds that people who sing experience a number of personal benefits and are more likely to contribute positively to their communities.

The Personal Benefits of Choral Singing

The choral singers surveyed say that their singing contributes to positive personal qualities like optimism, resilience, and mindfulness. They report stronger relationships and better social skills than the general public and credit singing in a chorus with helping them feel less alone or lonely. And the more an individual participates in group singing—whether that means rehearsing more frequently, being part of more groups, or having sung for more years—the more likely he or she is to experience these positive effects.

Singers themselves seem to be increasingly aware of the personal benefits of singing in a chorus. The numbers of singers that say they sing in a chorus for stress release, to connect with other people, or because it makes them happy have all risen over the past decade.

One thing that hasn’t changed: As in previous years, the majority of adults singing today began singing because of an in-school music education opportunity. Over half of all choral singers surveyed started singing in elementary school, with 76 percent having started singing by the end of high school—powerful evidence that in-school choral music programs continue to be crucial to the future of choral singing.

The positive personal qualities of choral singers ripple outward into the communities they live in and beyond. Singers are skilled at interacting with others, and 75 percent of those surveyed say that being part of a chorus has made them better team players in other areas of their lives. They are more civically engaged than the general public, voting, volunteering, and contributing financially to the organizations they support at higher levels. Because of these and other characteristics, such as their likeliness to take on leadership roles, choral singers as a group wield a remarkable amount of influence and impact.

New to the 2019 report, measures of adaptability and tolerance were included in this research. Sixty percent of choral singers feel being part of a choir has made them more open, flexible, and adaptable in life, and 63 percent of singers reported that choral participation has made them more open to and accepting of people who are different from themselves or hold different views. Overall, choral singers demonstrate higher levels of tolerance and place a higher value on diversity than the general public.

Singing for a Lifetime

Findings comparing older choristers (65+) to older Americans in general suggest that choral singing may be an important way to help older Americans remain active and stay healthier longer. Older singers engage in a broader range of activities than the general public of the same age, including working. One in five report that singing has helped relieve or improve a chronic health condition, and singers are less likely to have difficulty with a variety of physical tasks such as climbing stairs or shopping for groceries.

Older singers also report being in better mental health than the general public of the same age. Over 75 percent of older choristers say they believe being in a chorus helps keep their “mind sharper,” helps them “think more clearly,” and/or keeps their “memory stronger than would otherwise be the case.” They are more likely to be content with their friendships and relationships and less likely to feel isolated from others. It’s no wonder that older choristers report a better overall quality of life than the general public.

You can access the full Chorus Impact Study here.

Each year we choose a World Singing Day Song of the Year that we invite people around the world to sing at their WSD sing-along event. This year we wanted to pick a song that was joyful, well-known, easy to sing along to, and irresistible to dance to. This year’s Song of the Year is “Twist and Shout.”

We invite you to sing along to The Beatles version, or at least sing it in the same tempo and key (D).

For more details on this year’s Song of the Year and how to submit your video, click here.